Study of Test Wire Location and Compensation for Impedance Measurements

Introduction
It is well known that the test wire used for measuring the impedance of ferrite suppression cores can have significant impact on measurements. This is especially true for overly long test wire lengths, at frequencies over 100 MHz, and has been considered in a separate paper by Fair-Rite, which can be found HERE. The test wire location within the ferrite core aperture will also affect results, and the different results are shown with and without vector subtraction of the complex impedance of the test wire.

Fair-Rite made use of the Keysight E4991A Impedance Analyzer with the spring clip test fixture model 16092A. Standard calibration and fixture compensations were performed prior to all measurements. Tests were performed at Fair-Rite’s Wallkill, NY facility in the Measurements Lab at room temperature (23ºC). Three different standard ferrite suppression cores were used and the test wire was AWG# 22 uninsulated buss wire.

Test Wire Location
The first evaluation was performed using Fair-Rite PN 2643169351 (single piece flat cable suppression core). This part has a rectangular outer envelope 33.7 x 6.7 x 13.2mm length and the slot is 27.5 x 1.35 mm. The diameter of the test wire is 0.65 mm. Tests were performed at three locations within the aperture/slot using test wire length of 38 mm (1.5”) as shown in figure 1. 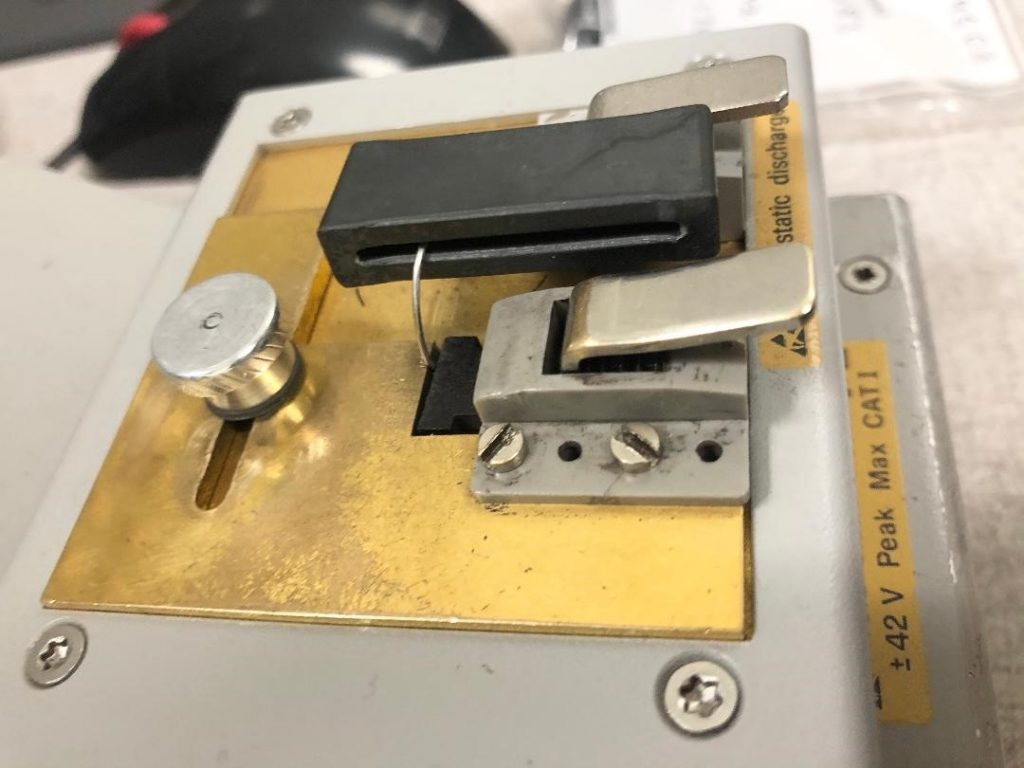 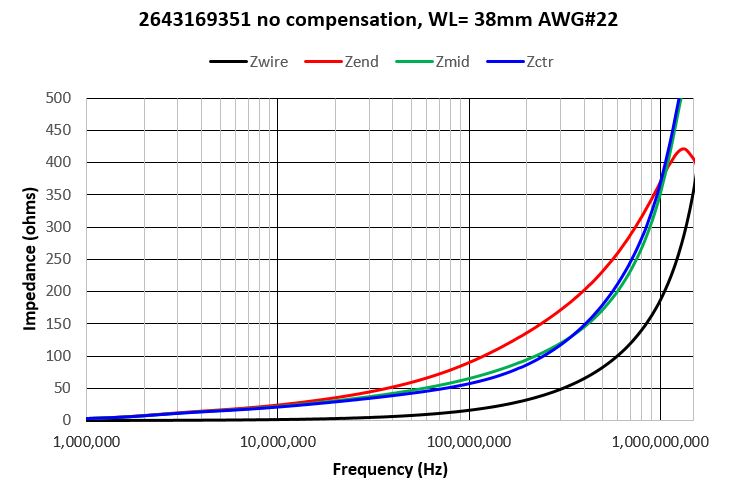 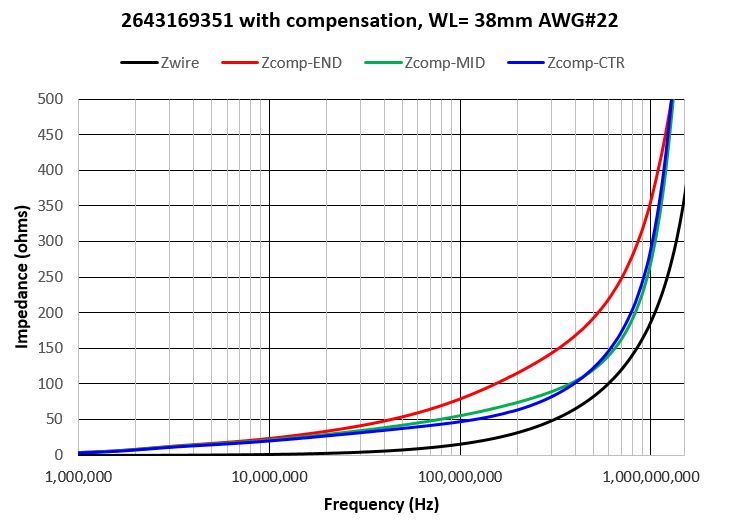 Figure 2 shows the Impedance (Z) as measured by the test wire by itself and with the 2643169351 ferrite core in the three locations shown in Figure 1. Figure 3 shows the same data from Figure 2 with the complex impedance of the wire by itself subtracted from the wire with core measurements. 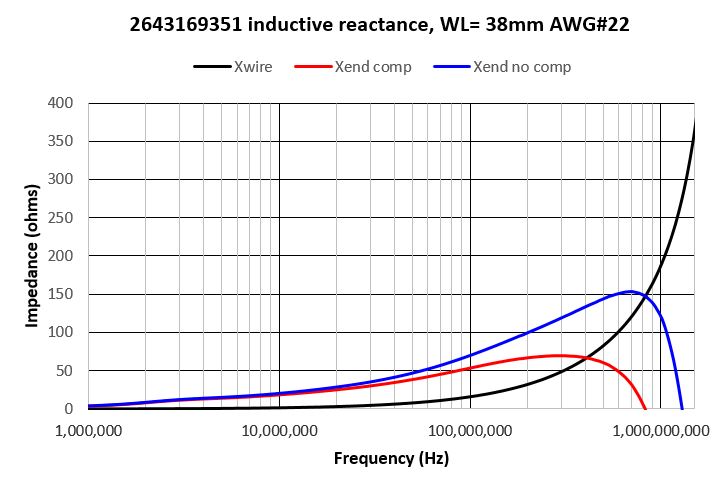 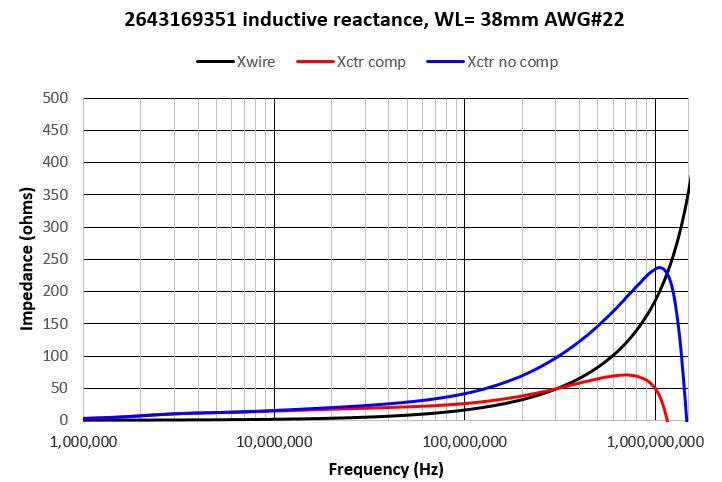 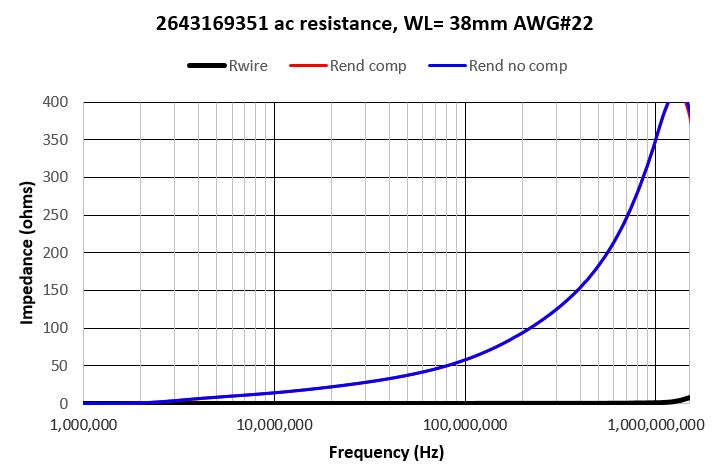 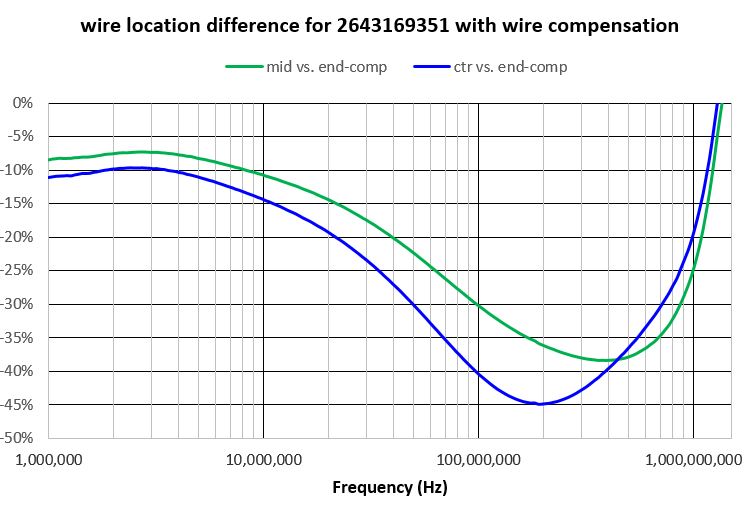 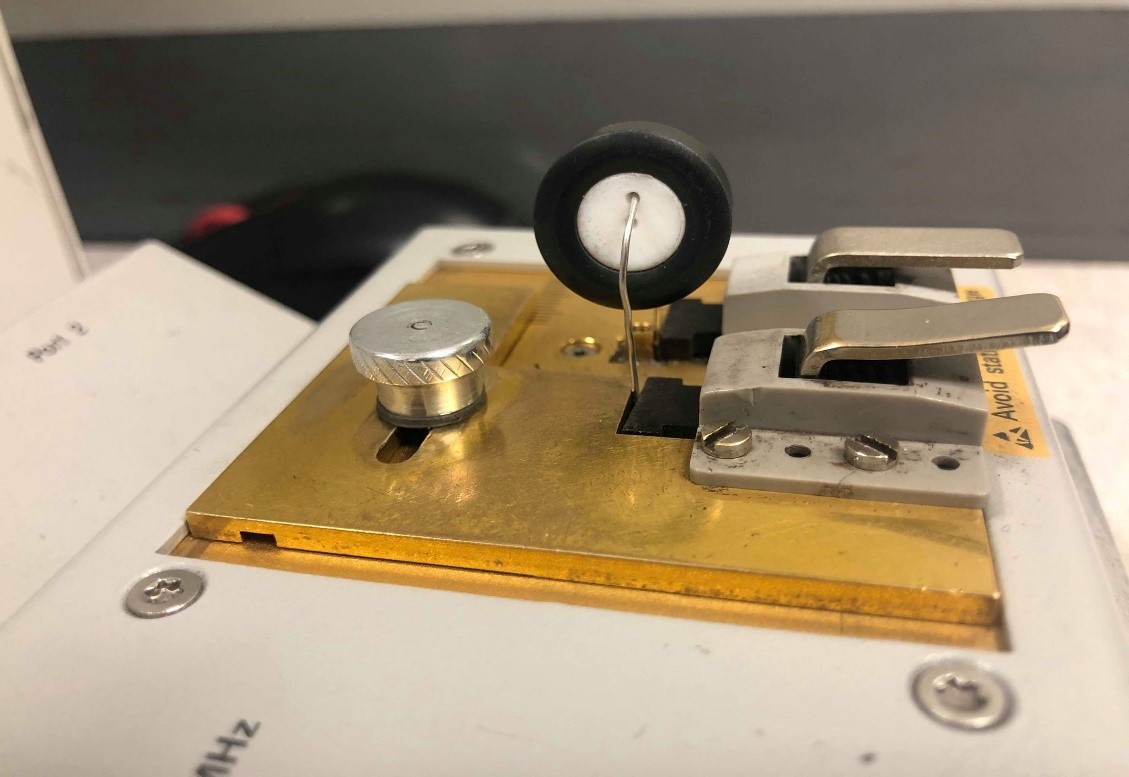 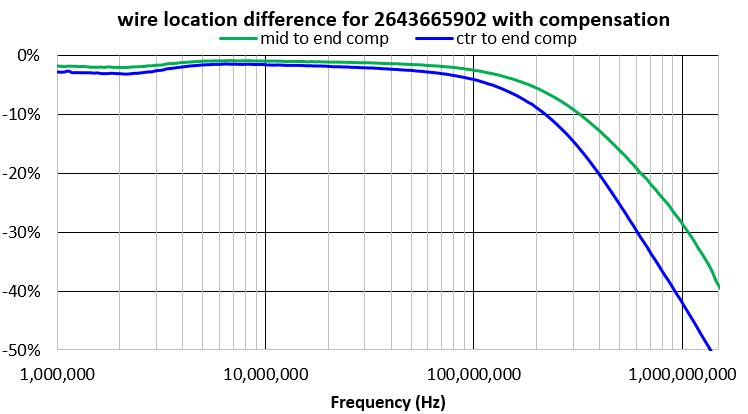 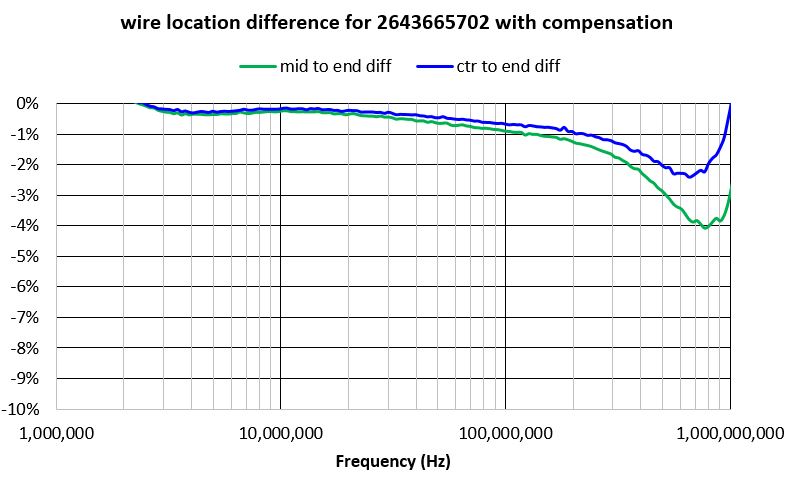 In order to have consistency with these tests, the same wire lengths needed to be used for each specific ferrite core size. The Keysight test fixture model # 16092A is only rated up to 500 MHz, while the E4991A impedance analyzer is rated to 3GHz. At this time, there is no good alternate test fixture with this impedance analyzer for larger parts that require a discrete conductor for measurements. Fair-Rite has and continues to use the 16092A fixture since we consider it the best available for measurements for parts of this type. When test lead compensation is used, the results are satisfactory. It is obvious that the test wire has a significant impact on measurements, especially at frequencies over 100MHz. In daily production and for component impedance curve characterization, Fair-Rite does not use test wire compensation. For flat cable suppression cores, Fair-Rite does measure impedance at the end of the slot.