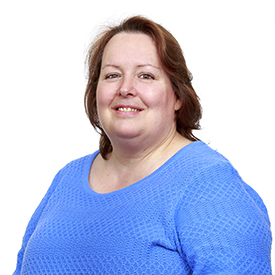 Ginny joined Fair-Rite in 1976 and received the position of Production Manager in 1997.

Starting as a press operator, Ginny advanced within the press department through several positions. She became the second woman at Fair-Rite to become a Press Setup operator – a very challenging position.

Ginny continued to advance into supervisory roles within the organization. During the 1990’s, when Fair-Rite was implementing changes such as “TQM,” Ginny rose to the challenge and was promoted to Team Leader of Engineering / Production. In this role, she traveled to see customers and vendors, trained employees in other facilities, and perfected both new and old parts that posed to be especially challenging. With this extensive experience, Ginny has been able to reduce scrap levels by half and improve on-time delivery to almost 100%.