Fair-Rite uses the shortest practical test lead length when measuring impedance for production lot acceptance and component curve characterizations. Test lead lengths are chosen as most suitable for the part being measured and the test fixture used. The HP16092A and HP16192A are used for test fixturing above 1 MHz; the HP16047E is used below 30MHz dependent on the instrument. Components that are supplied with conductors have leads trimmed to the minimum practical length, as required. Test lead length can be a significant contributor to overall measured impedance. Most noticeable above 50MHz due to the additional inductive reactance [= 2*π*f*L → ~ 0.12 ohm/MHz-inch)] of the conductor during the test. 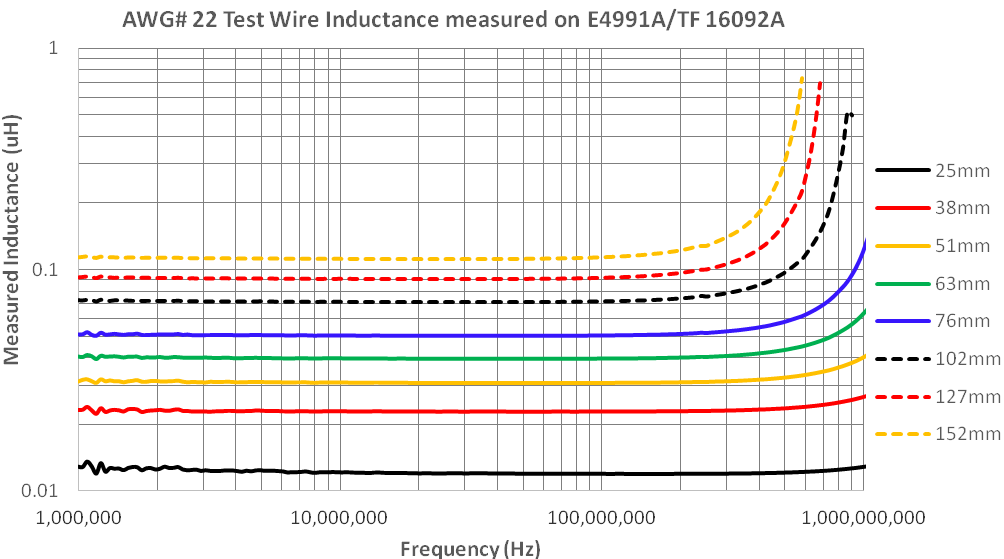 The figures show actual measured inductances and impedances for various wire lengths formed as they would be used for measurements of suppression cores on a typical test set. The test fixture used was an HP16092A with the spring clips extended to maximum width; the test set was calibrated and compensated prior to testing. It can be seen that although the wire inductance is relatively low, the added impedance becomes significant in the high MHz region. 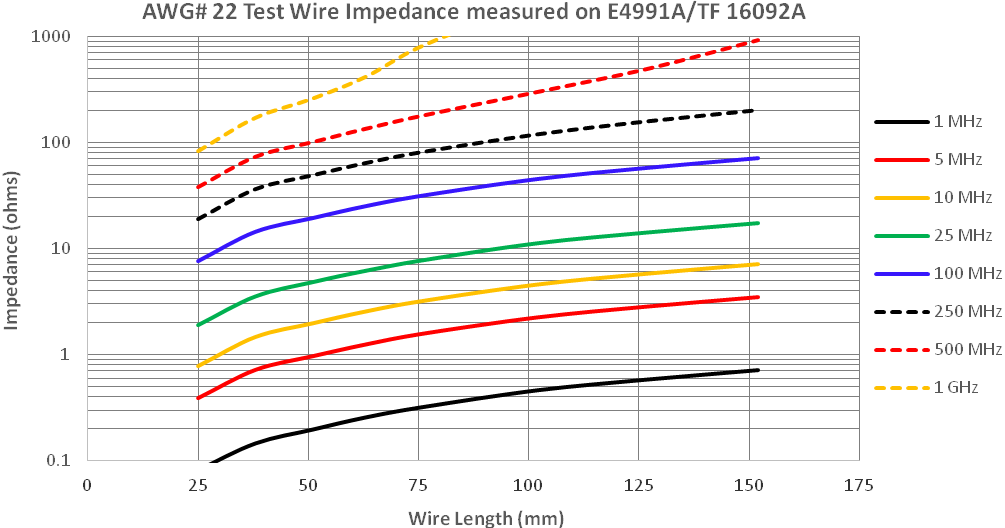 The customer needs to be careful about selecting one supplier’s component over another strictly based on comparing published impedance. The surest way to compare similar suppression devices is to measure side-by-side with identical test methods. Measured and published impedances below 25 MHz are not overly influenced by the test lead length. With broadband suppression materials, this is a fair method to judge parts of similar size when high frequency impedance measurements are not possible. 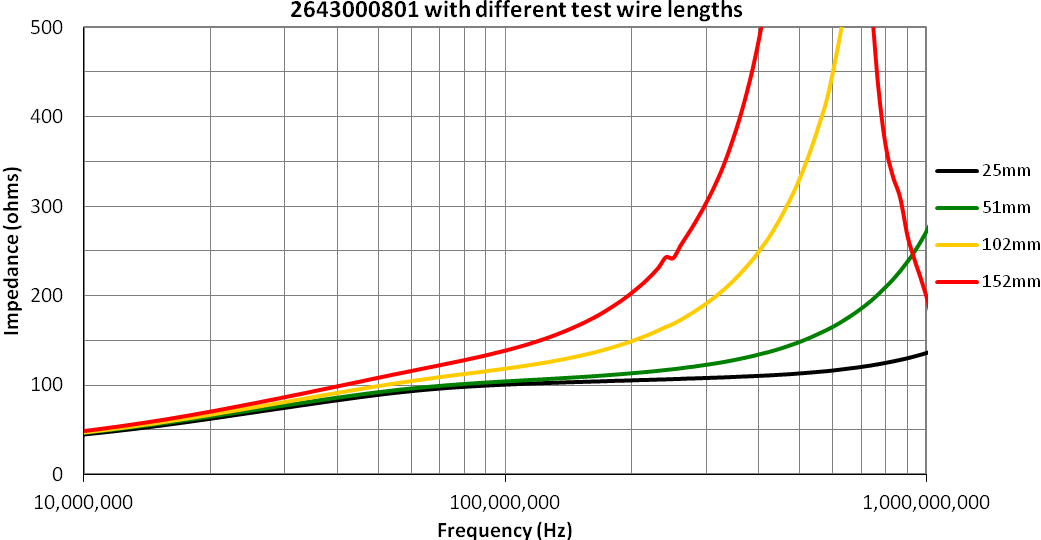 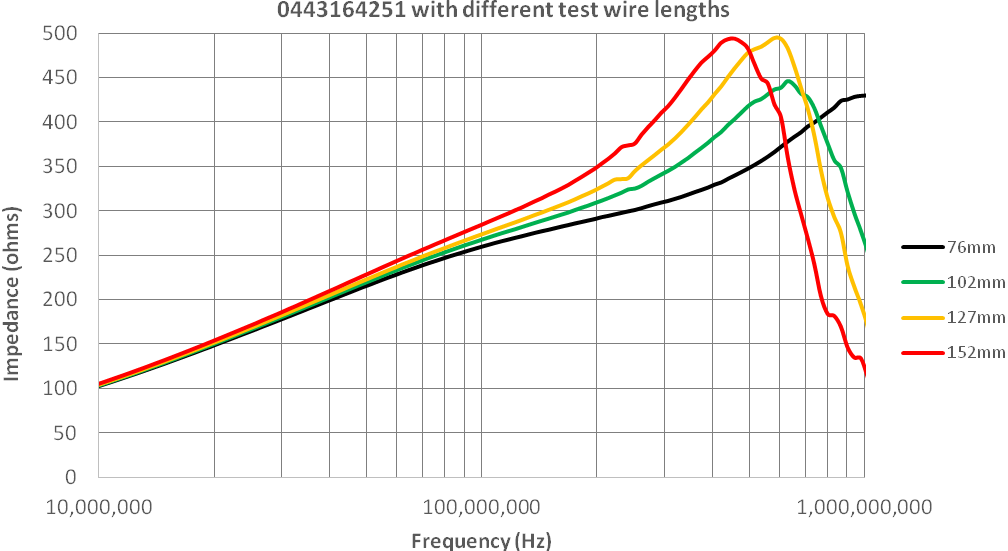 Check out Fair-Rite’s Youtube channel where we present “Effect of Lead Length on Ferrite Impedance” HERE!!